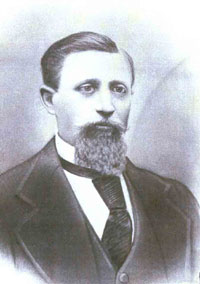 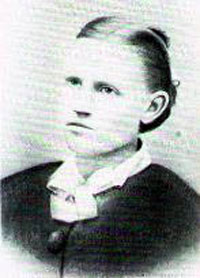 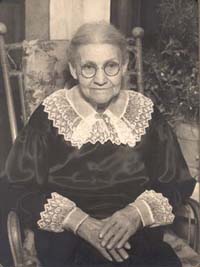 Hans Carl Frederick Jipp was born May 28, 1844 in Satjendorf, Holstein, Prussia. He emigrated to the United States and arrived at the port of New York aboard the clipper ship "John Bertram" in June 1862. In January 1865 he enlisted as a volunteer in the Union Army, agreeing to serve for one year. In September of 1865 he is mustered out with the entire regiment with a honorable discharge.

In April of 1867 he filed under the Homestead Acts of 1862 and 1864 for an 80 acre homestead. In November of 1867 he and Louisa are married. Over the next thirteen years they have six children. In August of 1880, Louisa filed a notice of abandonment of her and her children. In September of 1885 a Decree of Divorce was granted by the courts.

Hans moved about the state living in Johnson, Otoe and Thayer counties. In 1888 he files for a military pension claiming he suffers from heart troubles and rhumatism contacted from he service on the Platte River in 1885. In 1890 his pension is granted and he receives $12.00 a month. On February 5, 1893, Hans passed away in Gilead, Nebraska.