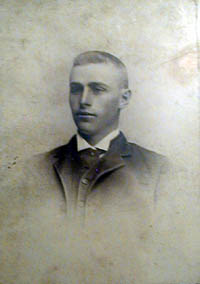 This entire community was shocked when word was received here at noon last Saturday that Henry Jipp had died at the home of his son, Edwin T. Jipp, Dannebrog, Nebr. Mr. Jipp has gone to Dannebrog just a week before to visit with his on and family and to to enjoy a little hunting trip in that vicinity. He complained of not feeling well a day or two after his arrival there, but he thot (sic) it was nothing serious until Friday when a doctor was summoned, and arrangements were made to take him to Grand Island for treatment Saturday morning, but he suddenly passed away shortly after being placed in the ambulance. His death was due to intestinal trouble.

Mr. Jipp was born in Ft. Calhoun, Oct. 26, 1868, and had resided here his entire life. Probably no man enjoyed a wider acqusintance (sic) in this community than did Mr. Jipp. He had been identified with various community affairs and organizations during most of his adult years, having served as a county supervisor, member of the school board several terms, and official of the cemetery association, clerk of the local W.O.W. lodge for many years, and was leader of the band here until it disbanded a few years ago. He was one of the oldest rural route carriers, in point of service, in this state, having completed twenty-five years continuous service on route 1 from the Ft. Calhoun post office Feb. 1 this year, and was holding the position at the time of his death. He was faithful and efficient in his duties, devoted to his family, and he will indeed be missed by them and by the whole community.

He is survived by his mother, Mrs. Louis Jipp, his seven children, Carl, Elizabeth, Jean, Edwin, Dorothy, Margaret and Louis, and three sisters, Emma, Charlotta Katherine and Jessie, and one brother, Carl Frederick. He was married July 2, 1893 to Carrie Grenelle, who preceded him in death several years ago.

One of the largest audience that ever attended a funeral service in Ft. Calhoun was present at the obsequies, which were held at the Presbyterian church Tuesday afternoon, the church being unable to accommodate many more than half the attendants. Rev. Baltzly, pastor of the Kountze Memorial church, preached the sermon. The floral tributes were a mass of beauty and fragrance. A long procession of autos followed the remains to their final earthly resting place in the Ft. Calhoun cemetery.

Claus Henry Jipp and Carrie Grenelle had the following children: 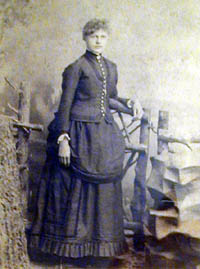 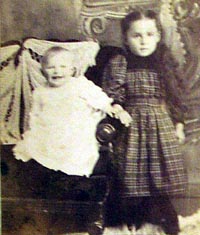 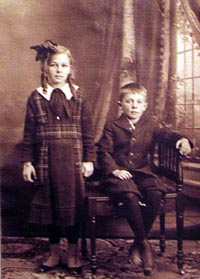 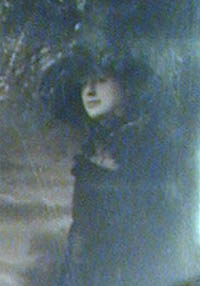 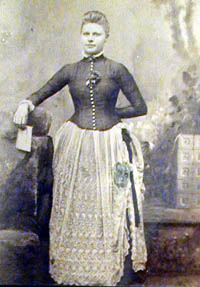 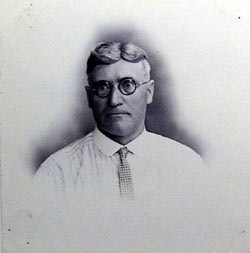 After a Day of Suffering, Woman, Burned in Kerosene Explosion, Dies Yesterday Afternoon.

Mrs. Caroline Melvin, 610 South Thirty-eighth avenue, who was burned from head to foot early Thursday morning when a can of kerosene exploded, died shortly after 3 o'clock yesterday afternoon at the Methodist hospital.

Her condition was most critical when taken to the hospital and it was not thought at the time that she could recover. Early in the afternoon she became rapidly worse and death was a matter of a few hours.

Mrs. Melvin was pouring kerosene into the kitchen stove to make a quick fire when the can exploded and enveloped her in buring oil. Her screams brought Mr. Melvin and her daughter, Katherine, to her assistance, but before the flames were put out she had been terribly burned. Both Mr. Melvin and the girl were burned about the hands and face in trying to save her.

The funeral of Mrs. Melvin will be held Friday afternoon at the residence with the Rev. Mr. Jenks, First Presbyterian church, officiating. The body will be shipped tomorrow afternoon to Calhoun, Neb., the former home, for burial.

Caroline Jipp and Robert Stevenson Melvin had the following children: 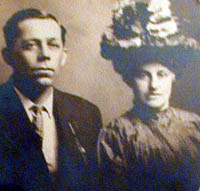 She married William Henrickson Sr. on June 17, 1907 in Nebraska.

Jessie Jipp and William Henrickson Sr. had the following children: 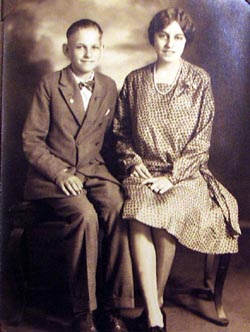 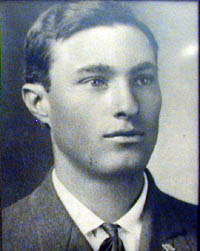 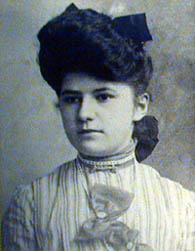 He married Marie Herminia Schumacher in Ft. Calhoun, Nebraska in 1907. Marie was born March 29, 1888. Marie was the daughter of Frank Schumacher and Emilie Louise Schneider. Marie died July 17, 1926 at 38 years of age.