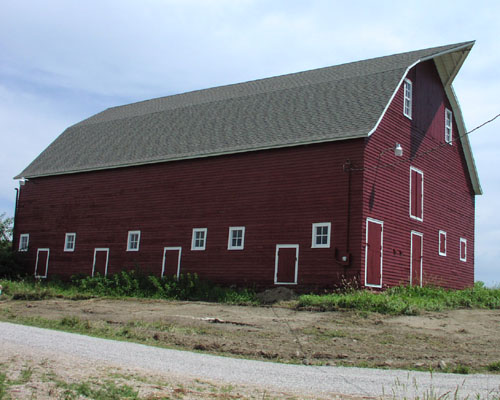 The following photos are of the barn on the original Claus and Charles F. Gottsch farm. The barn was distroyed during the 1913 tornado and rebuilt in 1920. Family members from that era signed their names on the barn wall. Although faded you can still see some of the names. A wall was dedicated to the family members of the 2004 reunion.

Not all the farm was purchased at the same time, according to the Warrant deeds transcribed by LeMara Eicke, either 1/4 or 1/2 sections were purchased at a time. Claus Gottsch bought the first section by a special Warrant Deed in February 1861, paying $20 to Francis and Harriet Smith. In March of 1865 he sold the land by Warranty Deed to Henry Schneider for $1000. On the same day Henry sold the land to Bertha K. Gottsch. Some of the land was owned by the Union Pacific and Souix City and Pacific railrods. In 1873 the railroad sold their land to Charles F. Gottsch for $320. In June of 1875 Claus and Bertha sold the land to Charles F. Gottsch for the sum of $1 with the following condition:


(1) That the said Claus Goetsch (sic) and Bertha Katrina Goetsch (sic) shall have the right to reside on said land in the house now occupied by them for and during the term of their natural lives respectfully.

(2) That the said Charles Frederick Gottsch shall pay and deliver to said Claus Goetsch (sic) and Bertha Katrina Goetsch (sic) $50 in cash, and the following named farm products each year during the term of their lives to wit; 50 bushels of corn, 30 bushels of wheat, 10 bushels of patatoes, one load of hay and 1 load of straw.
(This was a very common practice in Schleswig and Holstein, so much so that there was a special term to designate the arrangement. Folks who established such an arrangement were called "Abnahme-Leute," literally "declining or deteriorating persons." So it was that in setting up this arrangement, Claus and Bertha were practicing a well-established tradition of their homeland.)

(3) That the said Charles Frederick Goetsch (sic) shall within 10 years after the decease of the said Claus Goetsch (sic) and Bertha Katrina Goetsch (sic) or the survivor of them make the following named payments without interest, to wit; To Peter Goetsch (sic) $300 to Louisa Jipp $200 and the sum of $100 to each of the following, to wit; Henry Schneider, Hans Schneider, Ernest Christian Schneider, Lena Moellhous and Katrina Wulff. and it is herby provided that the above described land shall be bound for the fullfillment of all the conditions imposed in this deed.

Charles purchased another section from Elijah Bent in June 1875 by Warrant Deed paying $800 He had to mortgage $450 to Elijah Bent, but paid it in full in May, 1879. By May of 1886, Charles had made payments to each one of the six people named in the Warrant Deed. Over the next 30 or so years Charles mortgaged the land a couple of times, it is believed to make improvements.

The land is now owned by Robert, Bill, Brett and Berry Gottsch, sons of Robert Glenn Gottsch and is incorperated as "Pappa Gottsch, Inc." 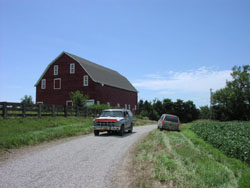 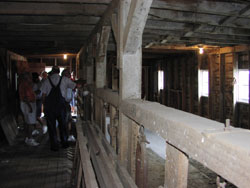 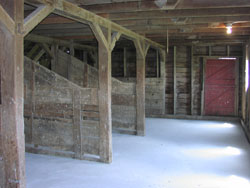 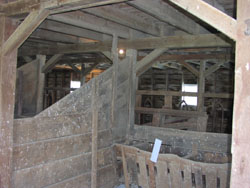 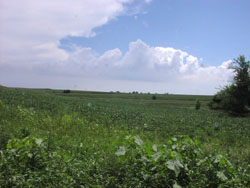